When we think of Microsoft, we think of software, operating systems, and computing services. What we don’t think of is healthcare. In this episode of WDCast, General Manager for Worldwide Health at Microsoft, Neil Jordan, joins Dan Stanek (EVP at WD Partners) to provide insight on how Microsoft and the health industry are more intertwined than we think. Read this Q+A to find out how, but be sure to listen to the full podcast to hear Neil’s additional thoughts on the convergence of healthcare, tech, and retail, and how to use each player to leverage the other.

Dan: Well, why don’t we start by telling everybody a little bit about you, your background and your current role at Microsoft?

Neil: Yeah, perhaps I’ll go backwards. Here at the current role at Microsoft is to work globally-although the majority of that work is in North America at the moment. I help with retail health customers, and look at the convergence that’s going on at healthcare’s front door. The majority of that is bringing healthcare knowledge, which is most of my background, into the retail world. But some of it is also bringing retail knowledge into the healthcare world, into the traditional provider payer world. It’s very motivating and fascinating, I’ve always been very keen to have an impact on the healthcare system. And to me, the retailers are a really important and positive force for the kind of change that I’d like to see.

By way of history, definitely not a linear move. I’m from the UK, originally. Born in Bristol, my dad is a pediatric cardiologist, he’s retired now. I was always a geek, and did programming on old machines like the Sinclair ZX81 and those kinds of things back in my day. I went to Cambridge and did a couple of degrees in anthropology, and then medical anthropology-early stage genomics and population genomics kind of thinking.

And then I actually went and joined an opera company. I ended up singing for the queen in Windsor for nine years, at this gorgeous chapel. It’s kind of an evening thing, so during the day, I got a job at Lotus development – at the time they were the biggest software company in the world – and moved from there to Microsoft in the UK. I did a lot of work within healthcare over there, and then moved to the US about 15 years ago. I’m continuing to do the music today. I sang with the chorus at Seattle Opera for quite a number of years as well. So yeah, like I said, not linear.

Dan: Not at all, well, you know we’ll not ask you to sing a song for us today. But I’m very tempted to. Everyone knows Microsoft for, business software, business products, and consumer products. What does Microsoft offer to the health industry?

Neil: Yeah, that’s always been a standing question for a long time. Right now, really the majority of what we have comes together in a thing called the Microsoft Cloud for health, which is a set of healthcare capabilities or tools, kind of like Lego blocks, that sit on top of the core Microsoft cloud offerings. And then, on top of that, there are basically a set of healthcare specific tooling, that is integrated if you want to use it together, but also composable into areas like virtual care, or care team collaboration, or data interoperability.

For us, rather than to try and, create a final solution or to go into competition with many of the companies already embedded in healthcare (like EMR vendors) our move is to provide more healthcare value, and healthcare accelerators. And then what we see as customers, bring those together and deploy them and our partners do the same. We do the same in the retail space as a retail cloud. You can think of the healthcare cloud as the patient journey, and the retail cloud as a transactional shopper journey. The real trick in retail health is how you bring those two things together.

Dan: Very interesting. So in this work, you’ve obviously been involved with a lot of interesting projects. What are some of the most interesting things that Microsoft has done in the health sector?

Neil: One of the ones that I got most satisfaction out of was some work that we did with Children’s Mercy Hospital down in Kansas City. They treat some of the sickest children in the country with congenital heart disease. And of course, my dad’s a pediatric cardiologist, so I was sort of attracted to that.

To cut a long story – an ongoing story – short, what they did was put together these kinds of toolkits of products that we had, and created a way of linking the parents and the child with the hospital on a much more consistent basis. One of the big issues that they had is people will come in and have these very complex operations. They could have three major operations across a time span and between each one complications would arise. They realized that if they could get a better connection-beyond the old way of just sending the parent’s home with a binder, a pen, and a pulse oximeter-and if they could use technology, like a video camera on the crib, even just getting the patient statistics and vitals back to the doctors, and using relatively simple AI, they could start to get much better at predicting when there were going to be exacerbations.

By doing so, they could reduce not just the complications, but ultimately, the mortalities. And they just had a profoundly positive effect on reducing rehospitalizations. And in many cases, actual deaths. And it was just very moving for me – to see them use, in the best sense, simple technology applied sparsely almost, to such great effect. So that’s been a huge one for me. And the one thing we’ve tried to help them in the cloud world now is to distribute that to other children’s hospitals. That makes the endgame bigger in terms of the number of patients helped, and makes the algorithm and the smarts that much better. So that’s been very, very satisfying.

You can listen to Neil’s full interview here » 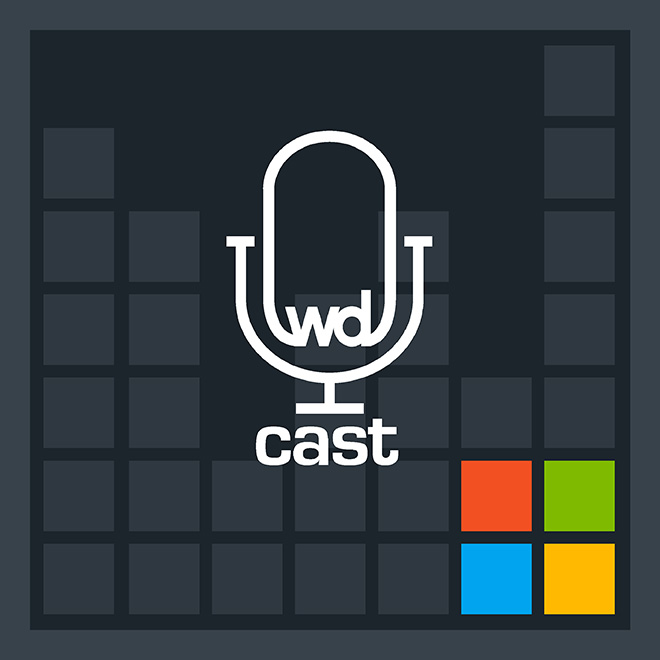 If you liked this, then you'll love our Health + Wellness collection of POVs, thought leadership, and case studies.
Learn more about how WD can help innovate and scale your practice here, and then talk with our Health and Wellness practice leader, Dan Stanek, to get started.